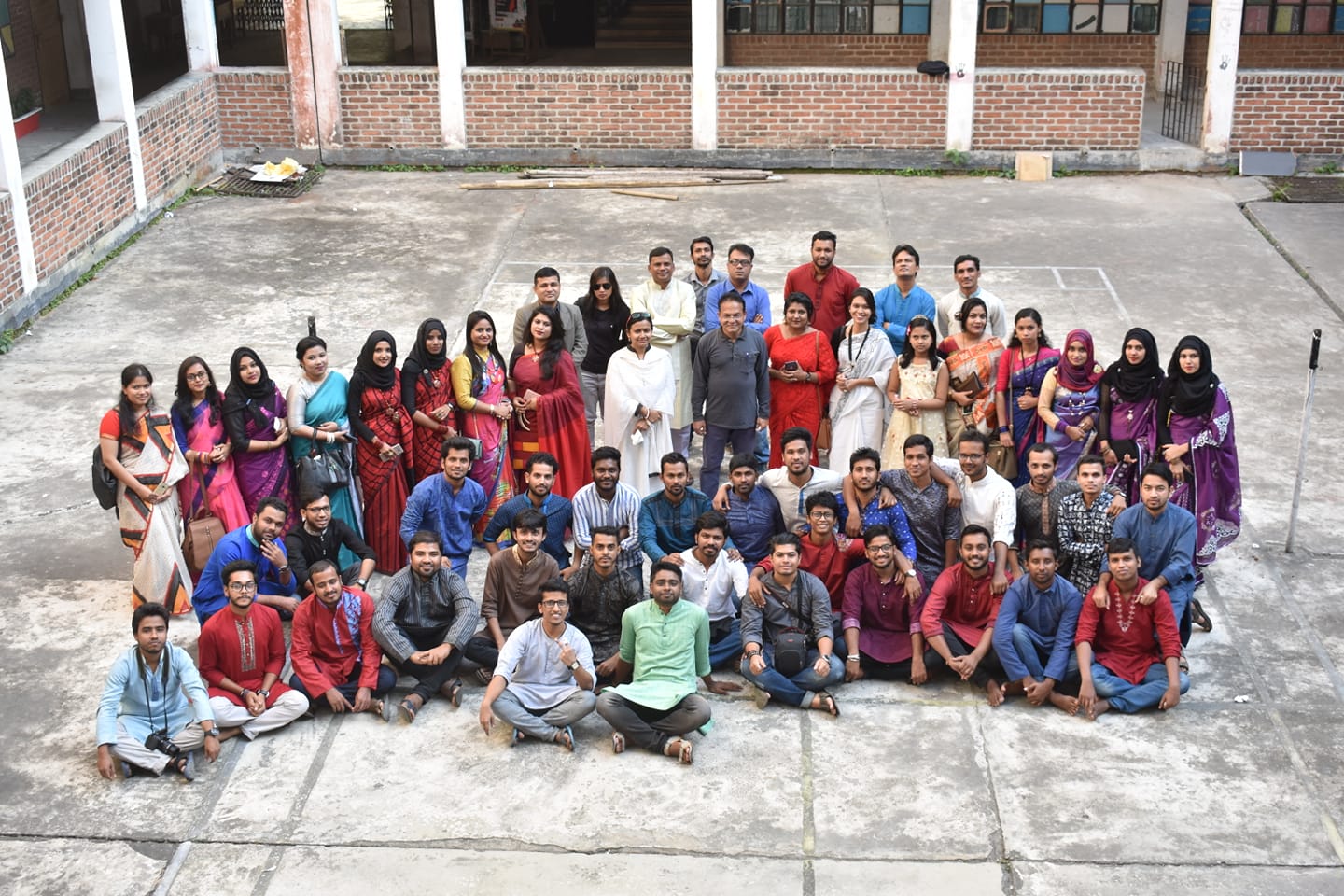 Faculty members and graduate students are engaged in several researches round the year. Faculties of the department constantly engage themselves in research in a broad range of areas covering issues from linguistic anthropology, ecological anthropology, ethnicity and nationalism, politics of development, child rights and gender role, policy issues, visual and media anthropology, indigenous resource management, migration etc. Faculties regularly publish books and research articles on international and national academic journals. Graduate/undergraduate students are encouraged and engaged with research and paper publications as well. Anthropology department of SUST, has been producing platform for the scholars to engage with the diverse sets of life and culture in Bangladesh. The first effort was taken by the year 1999, it was named ‘Nribijnan Porjalochona’ (নৃবিজ্ঞান পর্যালোচনা), then its English version ‘Anthropology Review’ was published bi-yearly. After some volumes, it was closed. Another SUST Journal of Anthropology "Anthropologist" published in the year 2013, it offers a platform for critical thoughts, interdisciplinary explorations and intellectual endeavours.

Fieldwork and Ethics
Fieldwork is the hallmark in anthropology from its inception. The Department organizes fieldwork in two semesters. Students in fourth and sixth semester get the opportunity to conduct fieldwork in several remote areas in the country or abroad. Not only the students, but also the faculty members join into the fieldwork for guiding them. Students are greatly benefitted from the fieldwork. Besides, ethics in anthropological fieldwork have great value. In the research methodology course, students learn about the importance of ethics. All students must complete several trainings on ethics before they leave for the fieldwork.